Greeting Strokers,
On May 31 st, with a global pandemics as the backdrop, 42 golfers accepted the challenge to embark on a journey of competitive matchplay.  All competitors started this journey with the same vision of being the last man standing to accept the winner’s trophy. Alas, that dream came to an end for most (some more abruptly than others), and unlike youth sports, everyone doesn’t get a participation trophy.
On October 3 rd , we concluded our matchplay tournament with Champion’s Weekend whereby we crowned the winners in the respective brackets:
Gene Little squared off against Rich Grace in the Ironman Bracket.  Both players used their second lives to get here and were looking to make the most of the opportunity.  It was a scrappy battle, but after a slow start, Rich took the lead and never relinquished it on his way to a 4 & 3 victory.  Gene tired to claw him back, but fresh off of hand surgery, all of his digits weren’t available to be able to pull back Rich who had his magic 5 iron working that day.  Kudos to Gene for fighting through the pain representing why this group was our Ironman Bracket.
The Champions Bracket brought heavyweights Oris Stuart and Gary Bennett together to slug it out. After they dispensed with the pleasantries, these two didn’t say much to each other for the next 18 rounds, I mean holes, of this intense fight.  Both participants represented their bracket and played like Champions by making big shots when needed.  Oris jumped out quickly to take an early commanding lead and never let Gary lead the match at any point throughout the 18 holes.  Playing the 14 th hole, Oris rolled in a smooth birdie against Gary’s par and went up +3 with 4 to play.  At this point, Gary’s cutman was working overtime, and started looking for a towel to throw in.  However, like a “chip and a chair”, or 1 second left on the clock, there was just enough opportunity left for Gary to battle back, and battle back he did.  Winning 2, and pushing on 1, of the next 3 holes, he started the 18th hole down 1.  He zig-zagged his way up the 18th to the green where he finally “made that putt”; a 2 foot bogey to win the hole – tie the match - and ultimately secure victory via the 2 nd tiebreaker hole. It was a tv-style battle with an epic finish.
Congrats to our winners and runner-up’s.  Well done and enjoy this victory.
In closing, thank you all for your participation in this year’s matchplay event.   We hope you enjoyed the competition and the opportunity to stay connected during this challenging year. 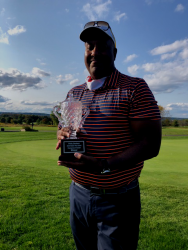 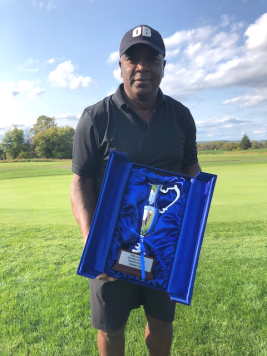 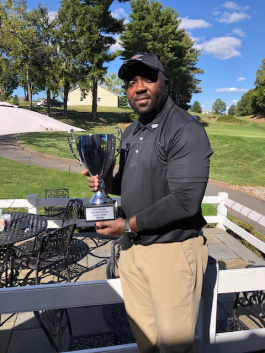 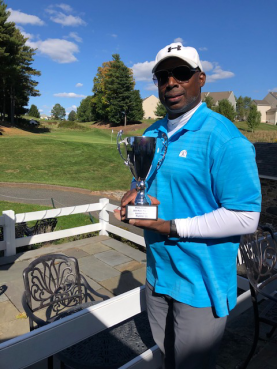 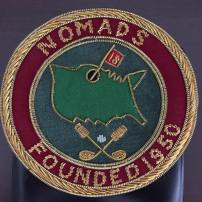